Stuck in the Mud! 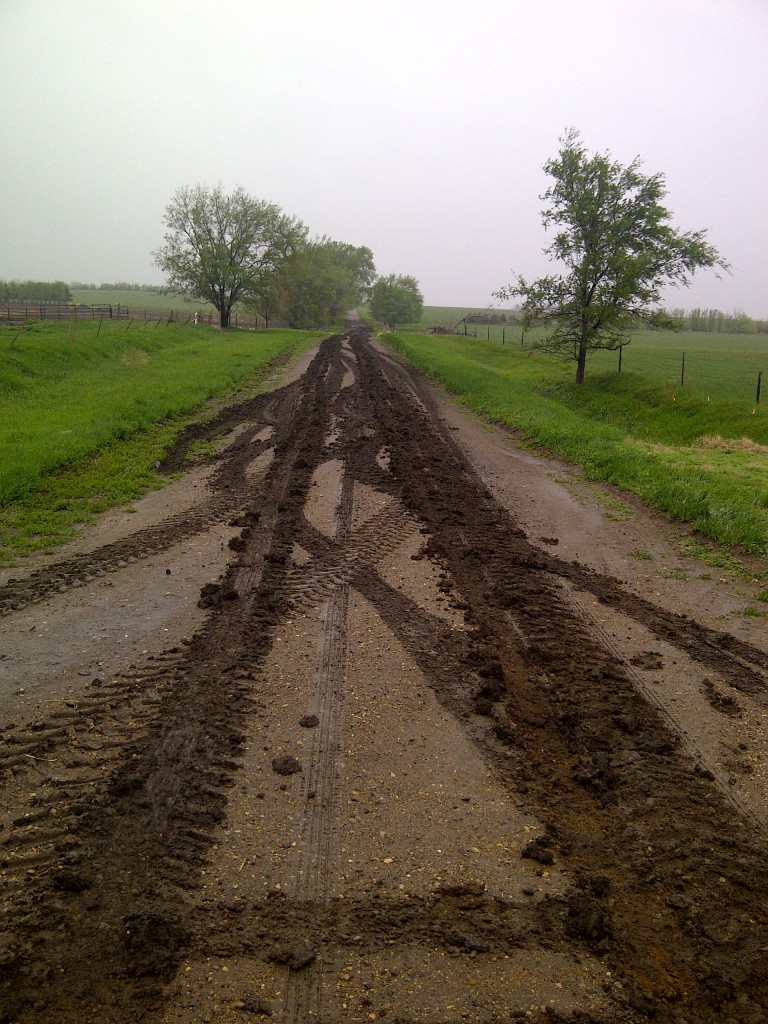 So I’ve been working with Andes Central Elementary School in Lake Andes, SD for quite a few years now (their scores are awesome, but that’s beside the point right now!) and it seems like every single time I travel to work with them, there’s some sort of travel drama.  During the last trip, it took be 50 hours of travel to get to them.  I could’ve driven.  Twice.

Every time I go there they either have a heatwave or a cold, wintry snap – I bring the bad weather.  It happens every time I head to South Dakota.  I’m starting to believe I have some powers or something!

So this time, everything went really well.  This should have been my first indication that something was off.

We trained together yesterday and as I was leaving the district to head back to my hotel (which is about an hour away), I decided to drive on a country road (my term – basically all of the roads around there are country roads) on the way back to the main drag that takes me back to my hotel.  So I started out on a little jaunt.

I made it about 2 miles from the school and came barreling down the gravelly road straight onto a dirt road.  After the fact, I learned that it is a “no maintenance” road – -which basically means that no one maintains it.

I was talking on the phone (shocker!) and started to slip and slide all around on the road – like REALLY slip.

So, what does a Los Angeles girl do to get out the mud?

Have her best friend (who is also from Los Angeles) google “How to get unstuck from mud” – the answer?  “Call a tow truck”.

Didn’t google understand that I was in the middle of nowhere on an unnamed, un-maintained road?

So, I called the reading coach, Jonell.  (Who, by the way, has a broken leg, so I’m not quite sure what I expected her to do)

Bill and Tammie came and found me stuck in the mud.  But neither of them would come down the road in their big trucks – um, because the mud was too deep.

(When I asked them later what they would’ve done if they’d gotten stuck in the mud and their response?  “We would never have gone down that road.”  Thanks, guys.  Thanks.)

So they sat at the top of the road and looked at their poor, silly, stuck-in-the-mud reading consultant.  And probably laughed.  But they wouldn’t cop to that part.

They got a hold of Terry.  Terry has a tractor.  And he’s a member of the School Board.

So Terry pulls up behind me in his huge, blue tractor.  Got out in his big boots (by this time Bill has walked down the road and is helping him) and started to hook up my car to his big tractor.

Did I mention, I didn’t get out of the car?   I had gold sandals on.  They weren’t built for mud.

So, then Terry backed up his big tractor about and 1/8th of a mile back up the road – backwards.

Then I thought I had a flat tire, but Tammie (like a savvy country gal) told me that my tires were off balance because there was so much mud in my tires.  The steering wheel was shaking while I drove – that’s how much mud I had in the tires.  Bill called me and said, “Be sure to check your brakes to make sure they work – you could have mud stuck in there.”

So, I was on my way – things were looking good, dirt clods, violently shaking and all.

When I got back to the training today, I was met with this totally cool, very thoughtful and super creative poem from Bill: 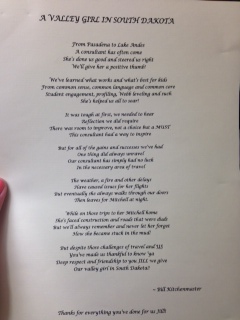